Vice president Chien-Jen Chen attended the groundbreaking ceremony of the third outpatient department building of Taipei Veterans General Hospital (VGH) on September 20, 2017.  He said that he wishes that the whole world can see the quality of healthcare in Taiwan, to provide more opportunities for others to come to Taipei VGH and learn various medical skills. Because medicine extends beyond borders, we should show the entire world Taiwan’s progress in medicine in the aspect of compassion and technology.

Upon the arrival of the vice president, a video introducing the new outpatient building was shown. He then gave a speech stating that he was honored to attend the ceremony on behalf of the president, commending the hospital for creating a smart clinic which provides cutting-edge services yet remains accommodating to patients. He believes that the establishment of such a clinic will be very beneficial to the community to such an extent that Taipei VGH can be considered as a second home where citizens can have peace of mind.

The vice president pointed out that Taiwan has a medical care and national health insurance system that is the envy of the world. What contributes to such a success are good hospitals and excellent healthcare practitioners, while the government’s public health care system also plays an important contributing role. During the 2003 severe acute respiratory syndrome (SARS) epidemic, there were several public hospitals that served as emergency medical centers, effectively controlling the epidemic. In the 1999 Jiji earthquake (known locally as the 921 earthquake), there were many physicians from public hospitals who responded to the disaster, engaged in various first aid and medical services, which demonstrated that a country must have a strong public healthcare system.

Recently, the president has stressed that the government should view and strengthen the country’s key infrastructure in a comprehensive way. Among all the hospitals in Taiwan, only Taipei VGH has passed the strict inspection of the qualification for the key national infrastructure and received the highest honor last year as issued by the Executive Yuan. This indicates that aside from the healthcare aspect of the hospital, Taipei VGH can be considered a symbol of national security and defense. The vice president expresses gratitude to the hospital for all the effort and the Veterans Affairs Council for the kind support as well.

Taiwan has shifted into an aging society. Due to the elderly who tend to have multiple chronic diseases concurrently, approaching the matter of integrated medical care is therefore crucial. The third outpatient building is designed to have relevant departments/units situated on the same floor in order that the patients could have better and more efficient access to medical care. Taipei VGH does not merely have advanced medical care and related technology but, more importantly, has a heart that cares for the people.

In Taipei VGH, on average there is one elderly in every two patients, therefore there is much experience in caring for the elderly. The third outpatient department building not only has advanced equipment, but also provides a comprehensive integrated care model, which includes health promotion, health education, and preventive health screening.

Taipei VGH is also actively promoting long-term care work. The hospital has partnered with 269 community clinics, and long-term care institutions, establishing a two-way referral network. Especially in the Beitou and Tianmu area, Taipei VGH has become the flagship hospital, in coordination with nearby clinics, providing patients with excellent home care. If hospitalization would be necessary, the appropriate care would all the same be provided. 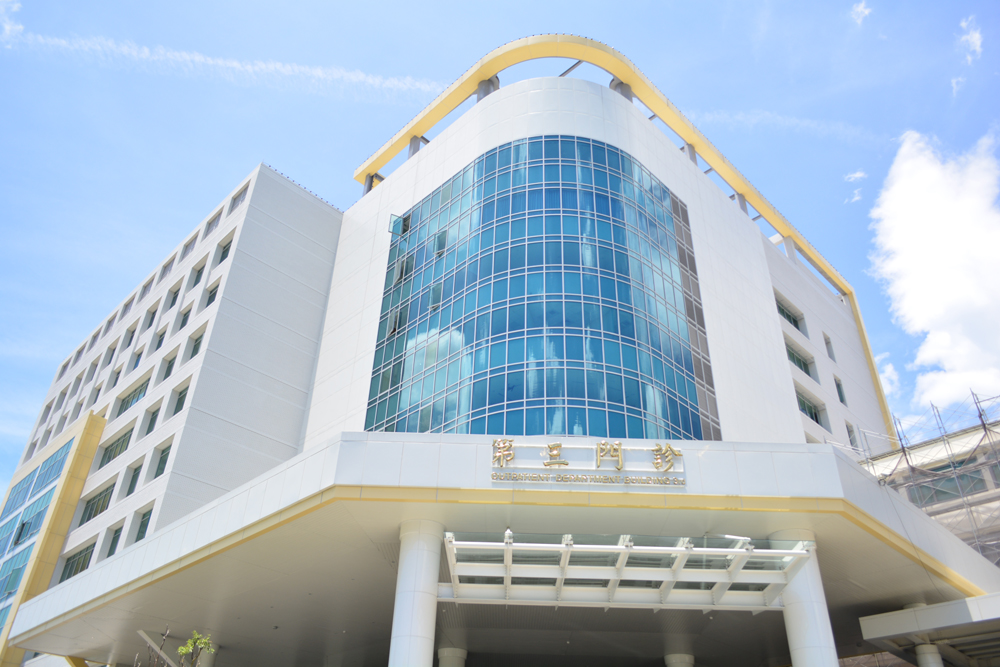 The outpatient department has responsible case managers and volunteers who would take the initiative to make home visits, paving the way for the integration of medical centers and primary medical care. Taipei VGH is also currently setting itself up as an exemplary grade-A long-term healthcare provider,

The community residents have high expectations for the hospital that it can be a leader of change. The new outpatient building is not only a smart hospital, but more importantly, it aims to cooperate with National Yang-Ming University, National Chiao Tung University, and internationally renowned information technology companies, forming the nation’s first medically innovative center. This center combines medicine and technology, establishing a patient-centered care. Such a focus not only improves work efficiency, improves the work environment, but also alleviates the overloaded situation of healthcare practitioners, to be in line with the current international standards of practice.

Precision medicine is the current trend in the medical world. The third outpatient department building has a diagnostic center and clinical research clinic that is up to standard with the development in the medical world globally. With regards to precision medicine, care should be predictive, preventive, personalized, and participatory (P4 Medicine). These are the four aspects of healthcare that the hospital is striving for.

The vice president expressed his joy to see the Maori king and queen from New Zealand in attendance at this particular ceremony. It is reported that many citizens and overseas Chinese from Southeast Asia and South Asia have conveyed their desire to come to Taiwan for first class medical care. This shows that our target should not only be limited to Taiwanese but that we should spread our love and care to the entire world. The government is currently promoting a policy called the New South-bound Policy. The medical world plays an integral part in this policy. Before, Taipei VGH has provided care for those from Indonesia, Philippines, Vietnam, Myanmar, among other countries. The establishment of the new outpatient building, along with the telecare services center, will certainly be of much benefit to the international community, especially under the witness of the Maori King “Mr. Tuheitia” and His Queen.

Taiwan possessing advantages in the medical field is mainly due to the hardworking efforts of the healthcare practitioners as they play a key role as guardians of the health needs and social stability of the people.

Now that the third outpatient department building is officially open to the public, the vice president encourages everyone to continue to endeavor diligently, so that the world can see the quality of healthcare in Taiwan and also provide opportunities for others to come to Taipei VGH to learn various medical skills.

The chairman of the Veterans Affairs Council Hsiang-Jow Lee, superintendent of Taipei VGH Deh-Ming Chang, and the Legislator Tai-Yuan Chiu and Ying Chen were also in attendance at the ceremony. 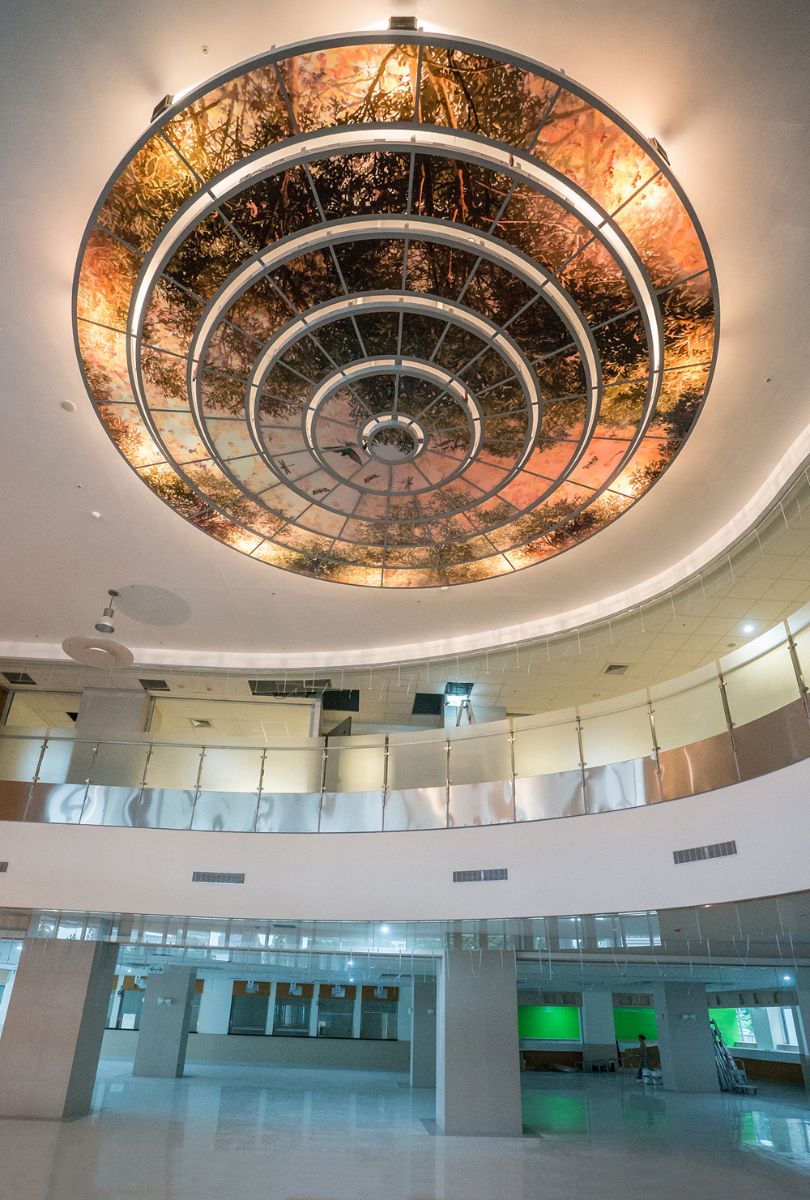